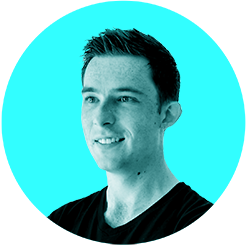 Round three, the final round of the F-Series GearUp Challenge Championship, concluded in mid September at our home track, New Jersey Motorsports Park. After making a marked improvement in New York, I’m happy to report that the improvements continued at NJMP, but not without a harsh reminder of how brutal kart racing can be.

Let’s jump right into the goal I set – a podium. Did I pull it off? No, but I came pretty damn close with a P4 qualifying, P4 pre-final finish, and a P4 finish in the final on Sunday. Nearly there, but the top three were miles ahead, so barring some unforeseen drama at the front, P4 was where I was basically destined to place. However, Saturday’s race had me wondering whether I’d even finish the race, let alone place P4 the following day.

I didn’t even finish the final or pre-final on Saturday. NJMP’s Tempest raceway layout was easily the most physically demanding track I’ve ever raced. So much so that my body and neck gave out before I could take the kart a full race distance. But before I pile on the excuses like a racing driver does,I’ll openly state that my fitness levels (or lack thereof in my neck/upper body) was the main cause. Thankfully, I got some great feedback from other drivers on how to better distribute my energy in a race. I discovered that I was wasting energy doing things like gripping the wheel super tight for 100% of the lap vs giving my arms and hands a rest on the straights. I also needed to incorporate push laps and cruise laps, wherein I could keep pace with the drivers around me but not waste energy constantly trying to pass or overtake. Not ideal, but I just wanted to finish the damn thing come Sunday.

Thankfully, as mentioned prior, these tips paid off, and I took P4 on Sunday. On a pace basis, I was actually more in-line with P6, but I was fortunate in that a couple drivers ran into mechanical issues. Regardless, a P4 is a P4. My finish also promoted me up another position in the standings to finish the championship in P7 out of 13 competitors. A small group, but certainly something I’m happy with given this was my first ever season of racing karts.

With the season wrapped up, we’ll be releasing a highly detailed mega-blog/guide next month detailing everything someone who’s considering getting into karting could ever want to know about the sport, and how to take action accordingly. Our racing plans for 2022 are still TBD, but as soon as they do come about, we’ll let everyone know. A big thank you to everyone who helped out in making this season of kart racing worthwhile! It’s been an amazing first season!