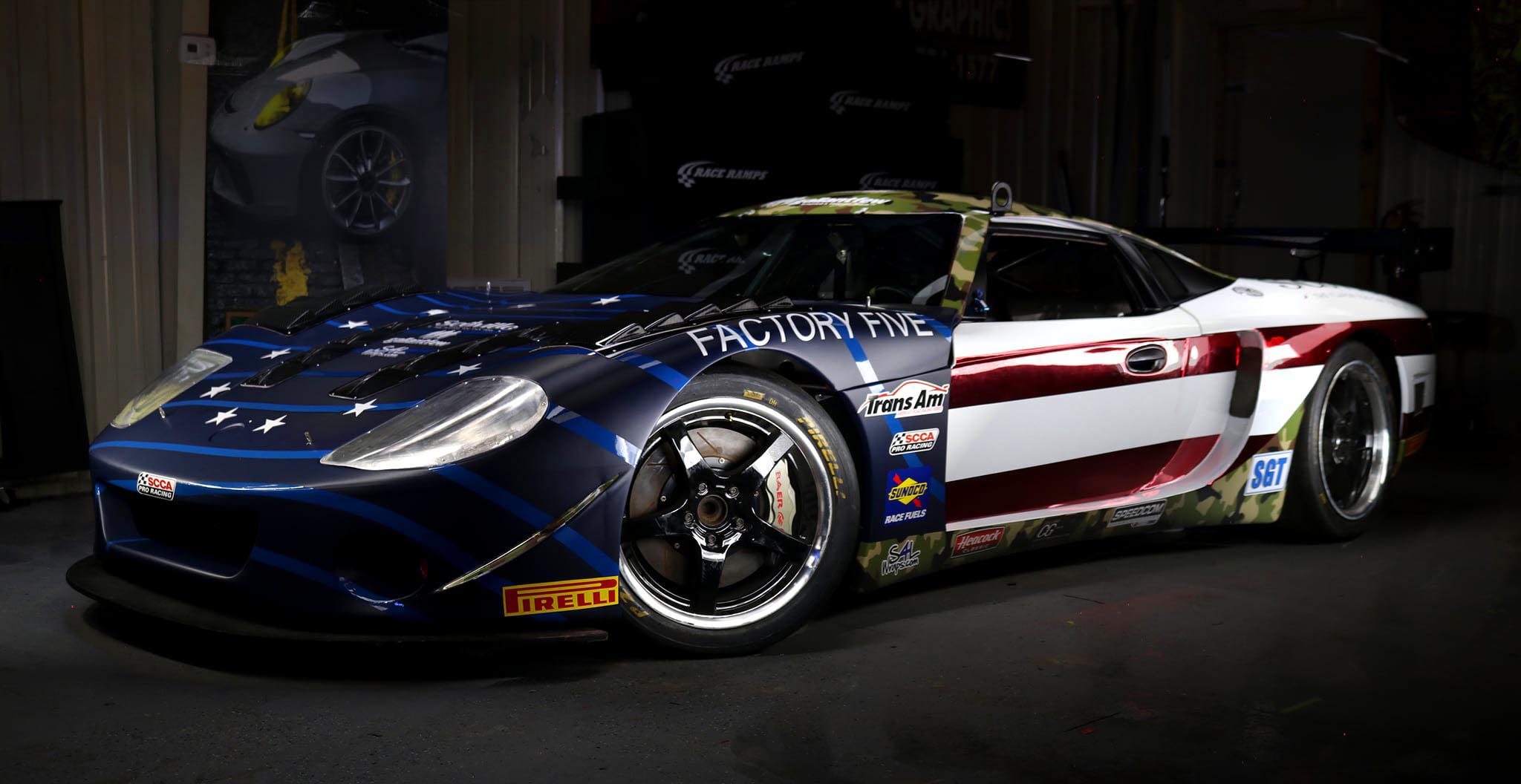 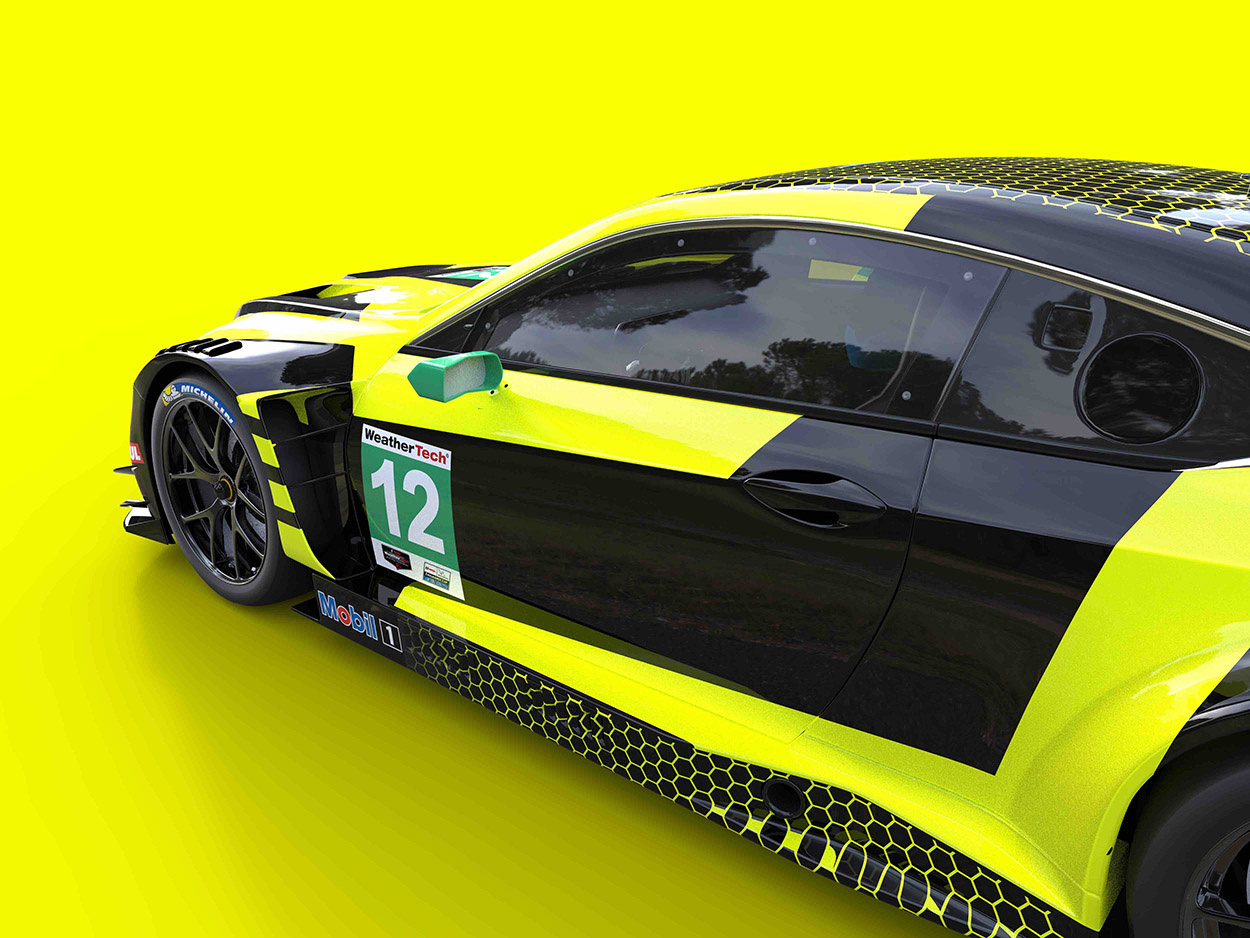 The designing of Dark Horse Racing's 2021 livery was a collaboration with between Ikoniqa and designer Isken Cosip of ICM Designs.

The project began with a discovery session as we defined what direction we wanted to take the design. There were only two set in stone requirements from the team before we began. The car definitely needed to utilize the classic Betsy Ross American flag, while also paying tribute to the U.S. Military through the use of camo. Using reference imagery, including everything from the rear tail section of a modern American Airlines 747, to the popular MSR Independence Day Acura GTD’s by David Marek, Isken began extrapolating upon these elements to wrap the team’s Factory 5 GTM. 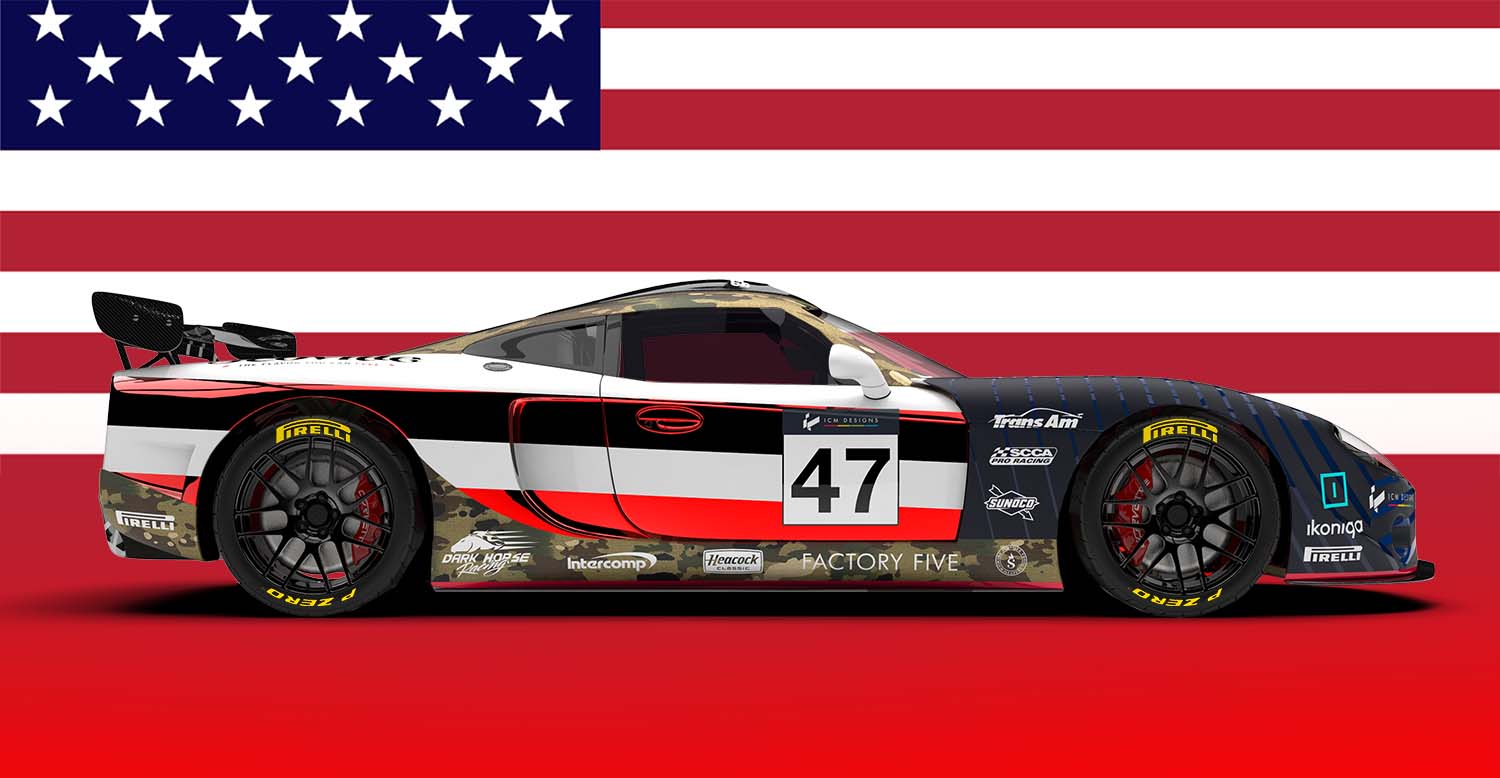 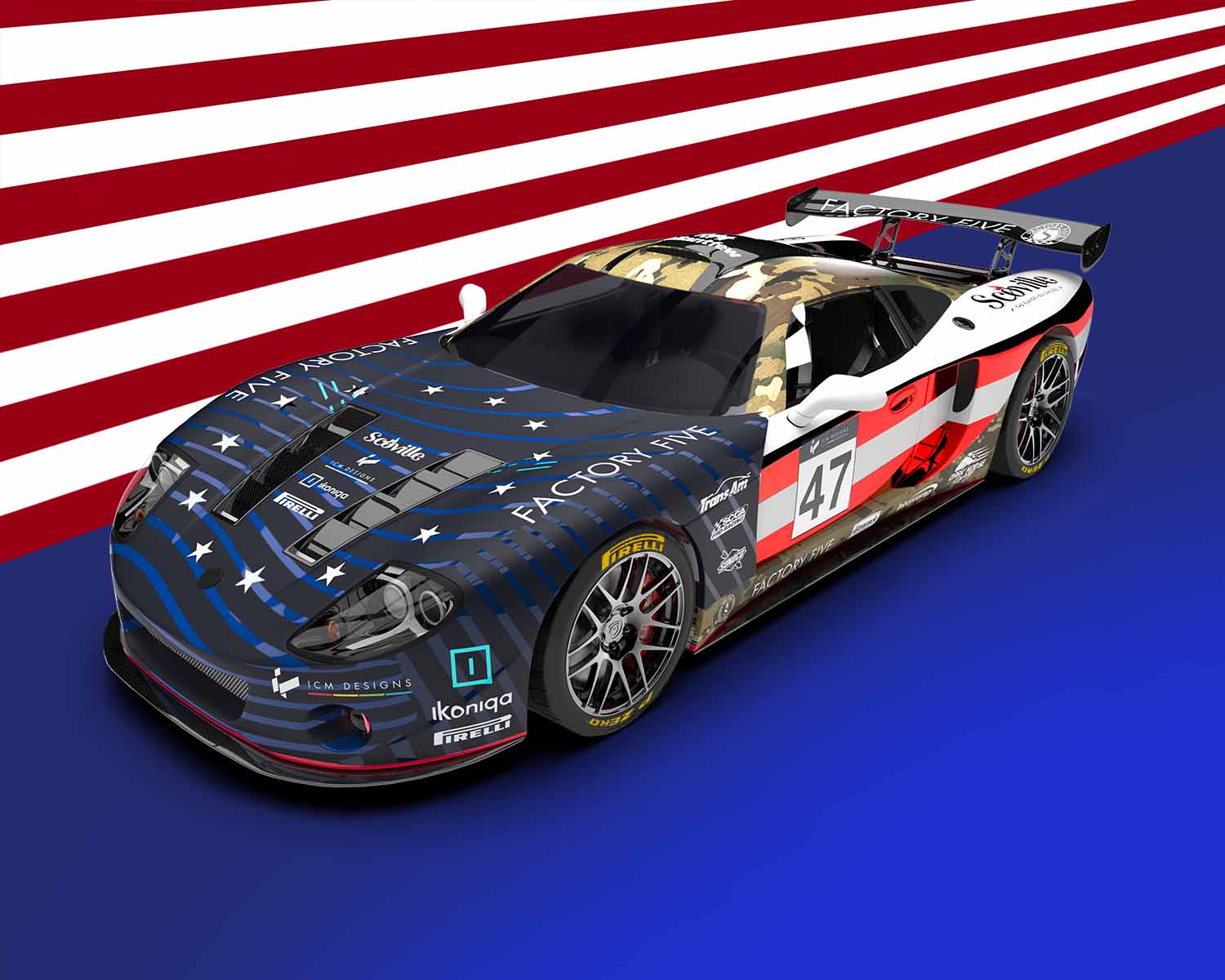 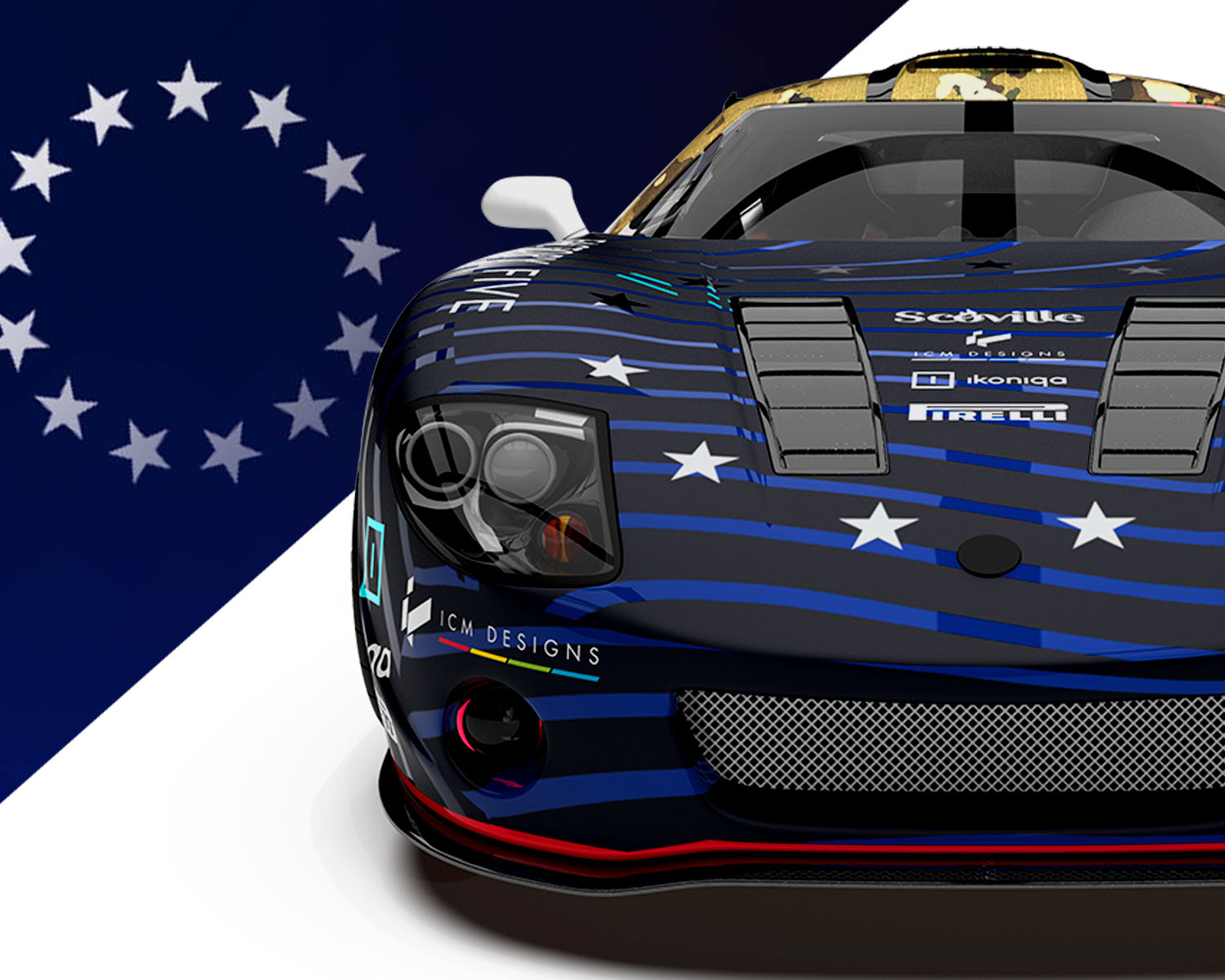 Isken worked to produce the following livery, a piece which utilizes the abstraction of our country’s flag, intertwined appropriately with military camo, and with plenty of open real estate to spare for potential sponsors as well. 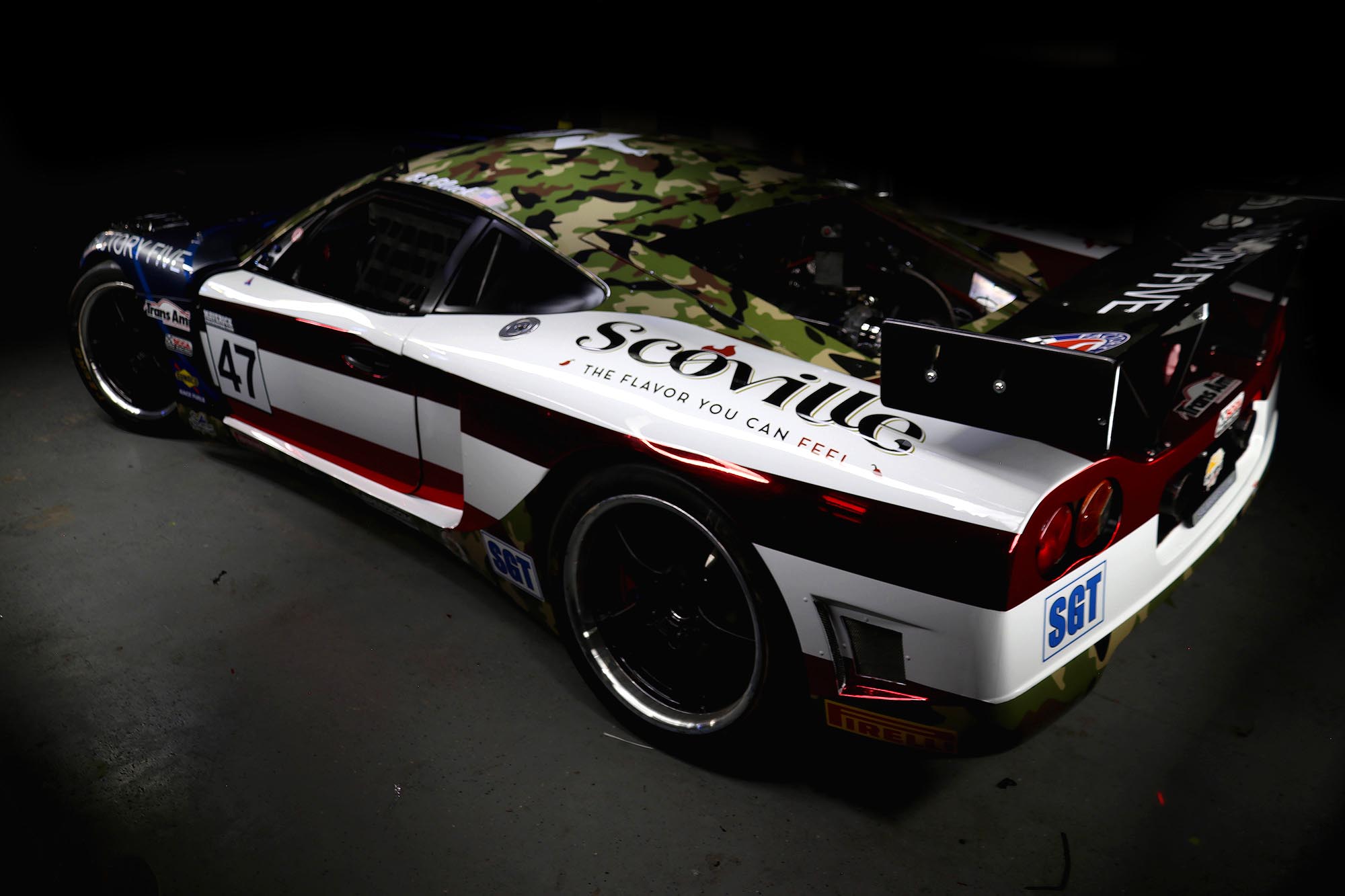 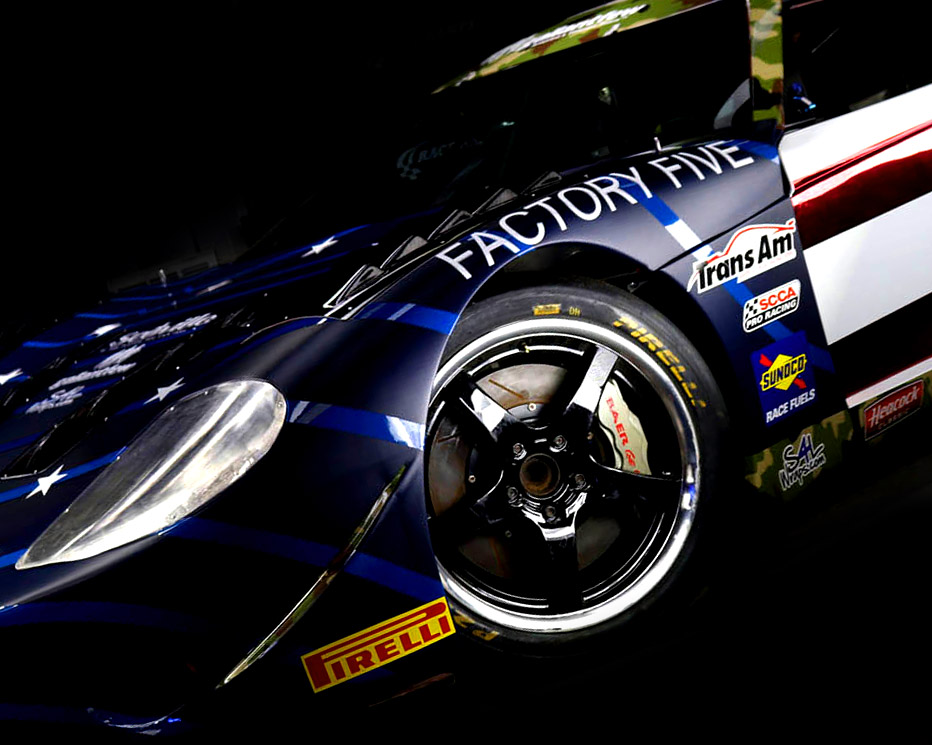 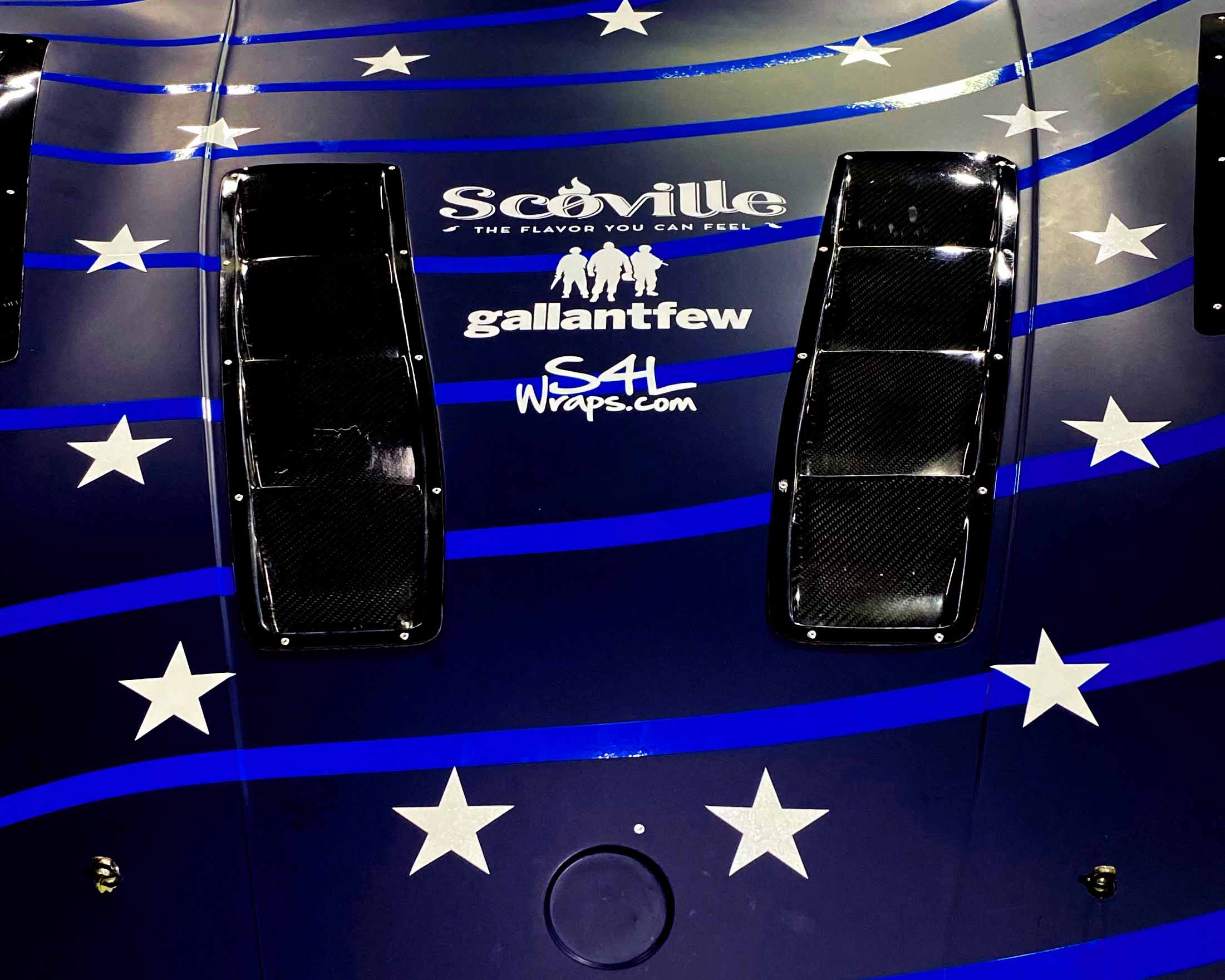 Dark Horse Racing's Factory 5 GTM livery officially broke the cover in early May, now ready to hit the track for the 2021 Trans Am season with a fresh look. Geoff Karker and Bill Murray of S4L Wraps were responsible for transcribing Isken's livery and making his design a reality. Expect to also see this livery live into the future as Dark Horse Racing plans to transcribe an updated iteration onto the body the next generation Factory 5 GTM in 2022.